Apostle Russell Freeman was born on January 27, 1948 in Boonville, MO to Deacon and Sister Clarence Freeman. His ministry began in 1975 after accepting his call while serving on the Sheriffs Department of Jackson County, Missouri. Apostle Freeman’s first sermon was preached in January of 1976 at Emmanuel Baptist Church of Kansas City, Missouri where Bishop Dr. W. H. White is the Senior Pastor. Following the Call of the Lord, Reverend Freeman served under the ministries of the late Bishop Emmanuel Newton – Christian Tabernacle (COGIC), and Bishop Charles Slayton (Metropolitan Spiritual Church). Following a move to Wichita, Kansas Reverend Freeman and his family soon began worshipping at Tabernacle Church, and then New Jerusalem Baptist Church. Continuing to follow the Call of God on his life, Reverend Freeman and his family returned to Missouri and in time was installed as the pastor of the United Community Missionary Baptist Church of Columbia, MO on July 15, 1984.

With an overwhelming sense of ministry, vigor, and drive, Apostle Freeman soon grew United from its meager beginnings of just being a church, to being a viable force God would use to help save and deliver thousands of people into the Kingdom of God. As one of God’s generals in the State of Missouri, and particularly in the central Missouri area, over eight churches were birthed out of United’s elders to pastor their own churches. It was also because of his humble spirit and obedient heart that Pastor Freeman would continue ministering the Gospel in such fashion that it caused him to minister in the same circles national pastors and evangelist ministered. In time, Pastor Freeman became Overseer Freeman under Bishop Paul S. Morton, Sr. In like fashion, Bishop W.H. White consecrated him to the Office of the Bishopric in September 2005, and in October 2007 Bishop Freeman received the Eastern and Western Streams of Apostolic Succession from Bishop Larry D. Trotter, Sr. It was then that Bishop Trotter enthroned Bishop Freeman as the Presiding Prelate over Christians Equipping Christians for Outreach Fellowship, Inc.

Other than being an exceptional minister of the gospel, Apostle Freeman is a first-rate family man. His family consists of his daughter Mia Ferrell, and her three children (Secily, Jaccara, & Montiara); and his mother Sis. Emma Freeman, who continues to be his biggest supporter. Apostle Freeman’s present goals are to impact his community by “Building and Releasing Capable People” for Kingdom Building, and impacting the world through Evangelism. His purpose in life is to reach beyond any color or denominational barriers in an effort to bring all people together for Christ’s sake. 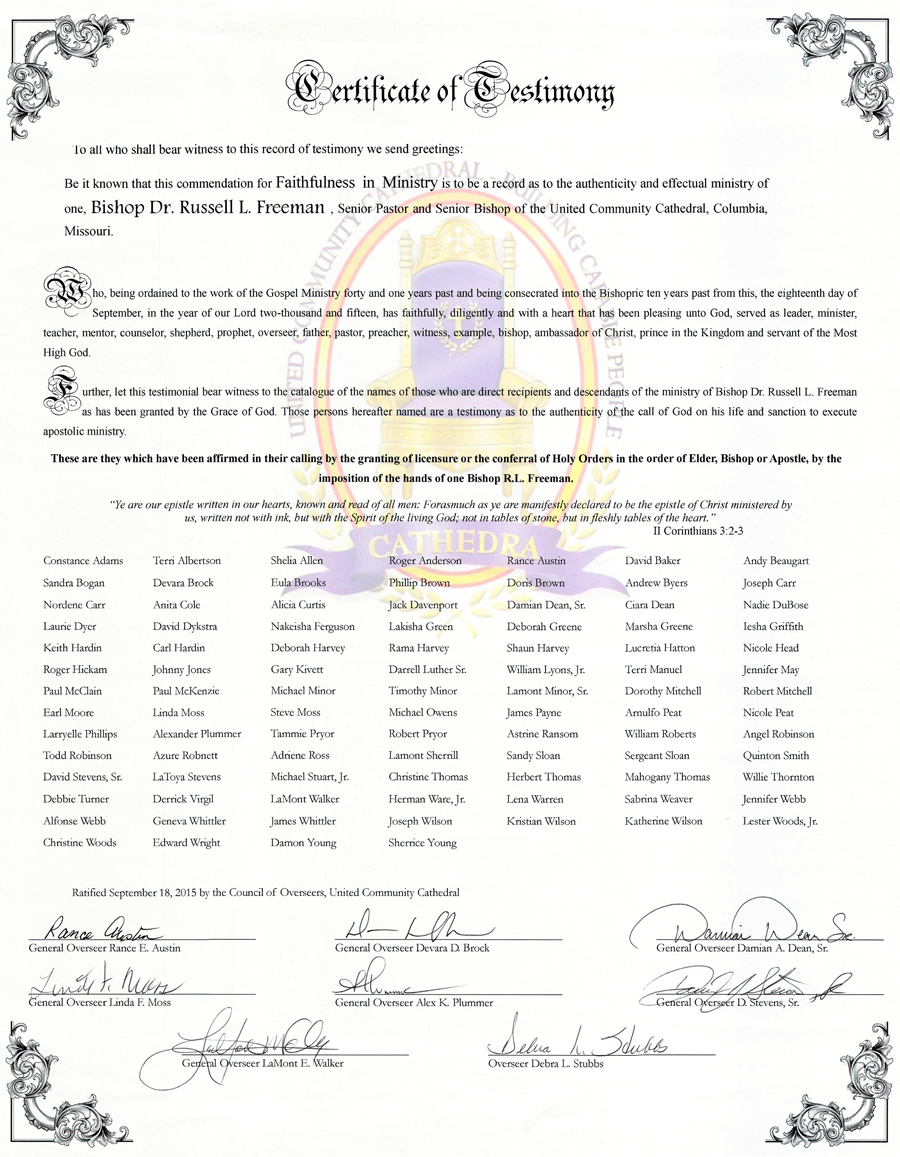